Prior to the new year, Congress passed and the President signed into law a bill that provides a broad outline for the federal budget through 2015 and eases some of sequestration’s cuts. 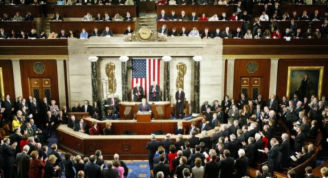 The leadership of the appropriations committees are currently discussing how to divide the FY2014 $1.012 trillion spending cap among the 12 appropriations subcommittees.  Appropriators are expected to release in early January an omnibus bill with a mix of new appropriations bills for some federal agencies and a continuing resolution (CR) for the others.  If the relevant House and Senate subcommittees are able to reach agreement on their respective FY 2014 funding bills, those bills will likely be incorporated in a larger omnibus spending bill.  If there is not agreement, programs within their jurisdictions would likely be funded under a long-term CR.

All federally funded agencies, including HUD and the U.S. Department of Agriculture (USDA), are currently funded by a CR that expires January 15.  Congress must pass new appropriations legislation by that date to prevent another partial government shutdown.

At this point, it is too early to tell whether the HUD budget will get a major funding increase, however, certain cuts will be avoided.